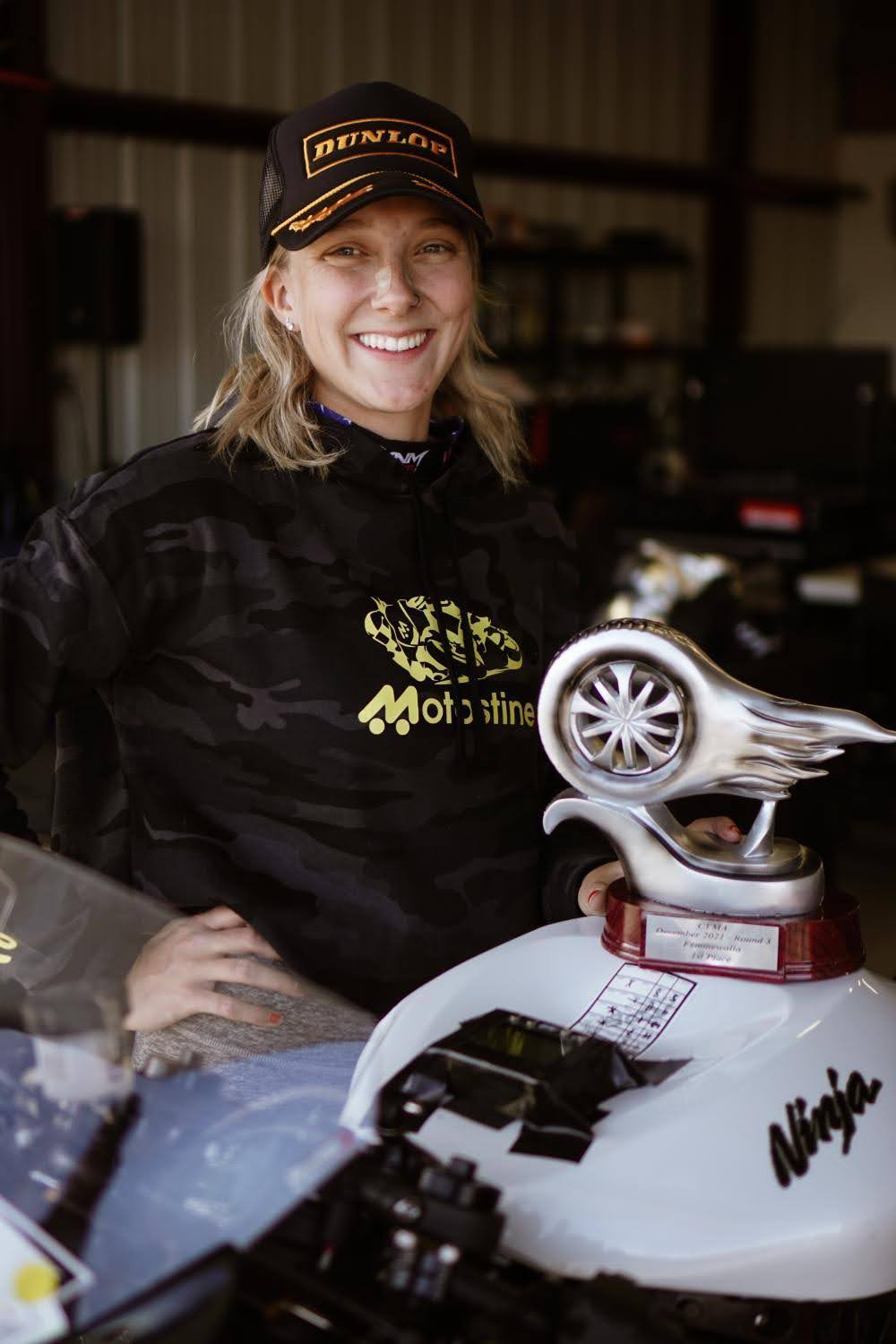 Mallory grew up in Olympia Washington and started her racing career in 2017 with the  Washington Motorcycle RoadRacing Association (WMRRA) circuit as part of the Novice 600cc class. By the end of the 2017 season her passion and skills for racing had grown exponentially; ultimately leading her to compete in multiple classes at the highest level of competition for motorcycle racing in the Pacific Northwest.  A feat that most riders don’t accomplish in such a short period of time.

She has continued to expand and invest in her experience and skill set by also racing for additional racing organizations including the Oregon Road Racing Association (OMRRA), the Chuckwalla Valley Motorcycle Association (CVMA) in southern California and for the first time during the upcoming 2022 race season the AutoParts4less MotoAmerica Superbike Championship as a professional racer.

In her free time, Mallory enjoys working on her 1967 Nova with her dad and snowboarding. 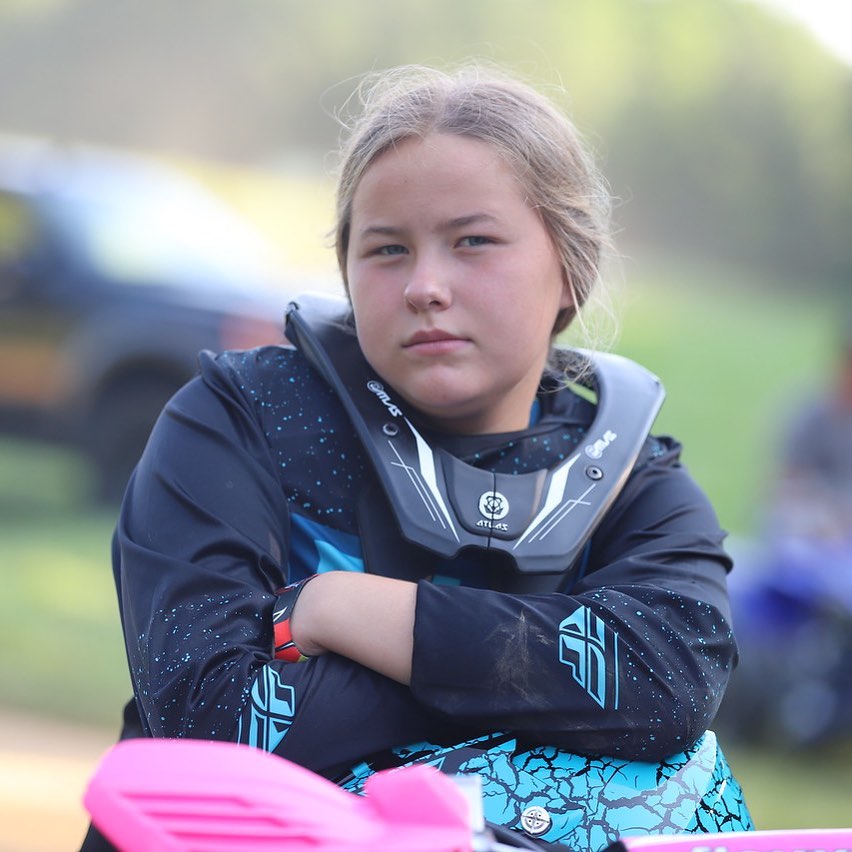 Dakota has established herself as one of the most consistent racers across the sport and is moving up the ranks at a steady pace.  Dakota is pushing towards the professional ranks and continues to aim at being the youngest female ATV professional in the country.
She has earned Six Championships 2016 (1), 2019 (1), 2020 (3) and most recently 2021 (1).
When Dakota is not racing, she enjoys camping, photography, making music, drawing and being with friends and family. As the youngest of three children, she is an aunt to two nieces and two nephews. In 2022, Dakota is aiming to qualify for a Pro-Am race and add more championships to her resume.